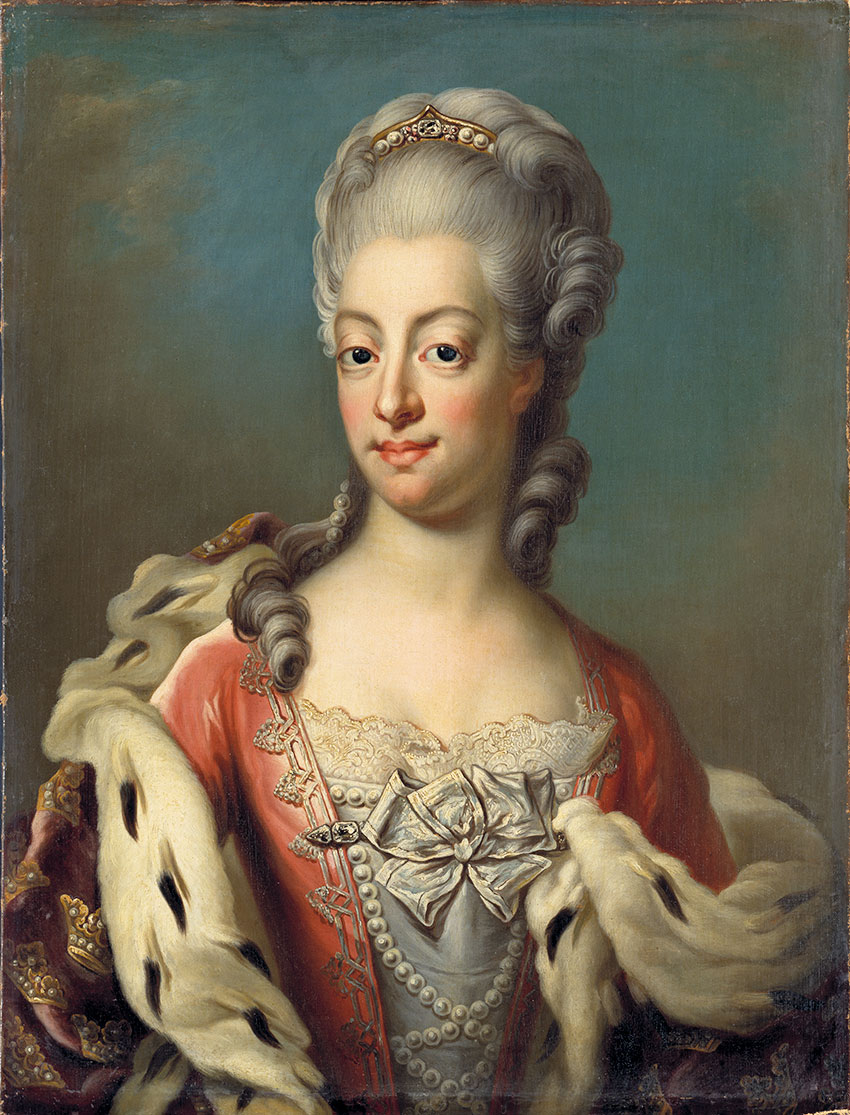 Sofia Magdalena of Denmark was a Danish princess who married Gustav (III) in 1766. Their marriage has been described as problematic, including because they were so different. They had two sons, the youngest of whom died at an early age.

Sofia Magdalena showed a great interest in clothing and fashion. Her exquisite dresses are preserved at the Royal Armoury. These include her wedding dress with silver bobbin lace, inspired by the French court.