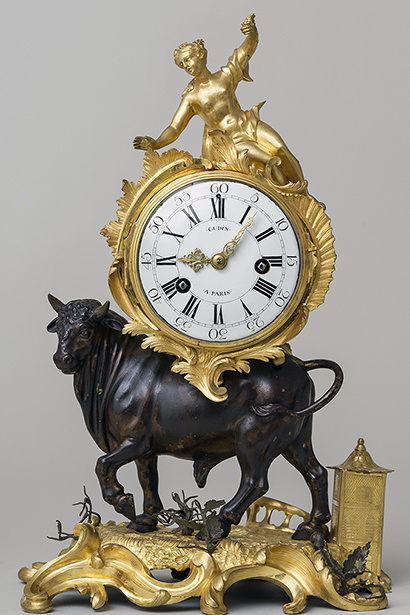 This table clock was brought to Gripsholm Castle in around 1780 by King Gustav III. The green sprigs on the base originally had porcelain flowers. The wording on the white enamel clock face reads "Gudin à Paris". The clock was made in around 1753 by Jacques Gudin's widow, Henriette Lenoir, in Paris. The bronze casing is thought to be by Jean-Joseph de Saint-Germain. The theme from Greek mythology depicts Zeus, in the guise of a bull, carrying off the princess Europa.

This is one of the artistically advanced clocks imported from France by King Adolf Fredrik, Queen Lovisa Ulrika and later King Gustav III.