Gripsholm Castle boasts a unique collection of furniture and artwork spanning four centuries. Built in the 1500s it was part of a new system of national defences.

The Castle was also intended as a fitting residence for a Renaissance ruler – Gustav Vasa.

The large Hall of State with its painted roof and its full-length portraits of Gustav Vasa and contemporary crowned heads of Europe conveys, although many times restored, a good picture of the original Gripsholm scene.

The castle's most renowned 16th century state room is Duke Karl's Chamber, which is one of the best-preserved interiors in Sweden from this period.

Hedvig Eleonora made considerable changes and additions, among them the Queen's Wing.

The reign of Gustav III in the late 18th century marked a new period of brilliance in the Castle's history. It was at this time that the exquisite theatre was fitted out in one of the round Renaissance towers of the Castle.

This is one of the best-preserved 18th century theatres in Europe.

During the 19th century, Gripsholm evoked strong national sentiments and the Castle came to be regarded as a national monument.

Furniture and art objects of great historic importance were transferred from the various royal residences to Gripsholm to reinforce its national character.

A much debated restoration of the Castle took place at the end of the 19th century. Critics described it as an attempt to make the Castle even older than it was.

The Swedish national collection of portraits

Gripsholm today is a sampler of Swedish interior design from the 16th to the late 19th century, a unique collection of furniture and decorative arts from 400 years.

The Castle is internationally known for its outstanding collection of portraits – the Swedish national collection – featuring prominent Swedes from the days of Gustav Vasa down to the present. 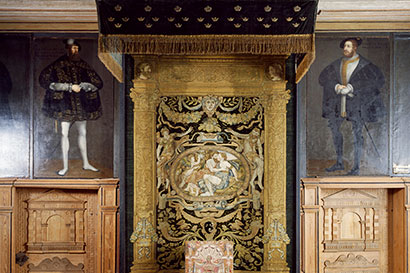 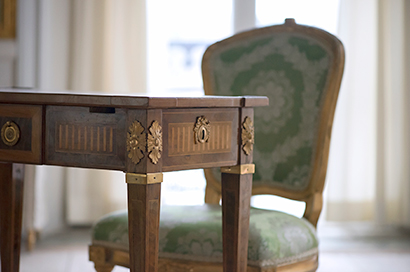 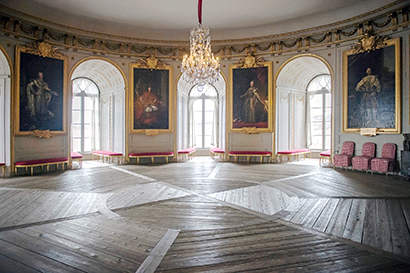 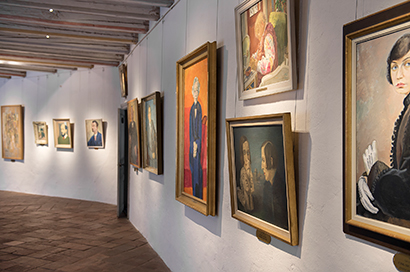 You can walk around Gripsholm Castle yourself, but taking a guided tour can make your visit extra special.

'No prisoner shall escape, and no enemy shall enter.' This is the theme for this year's autumn holidays at Gripsholm Castle. You can go...

Autumn at the Royal sites

In the autumn of 2021 several of the Royal palaces reopens. The exhibition about the popular Crown Princess Margareta has been extended a...