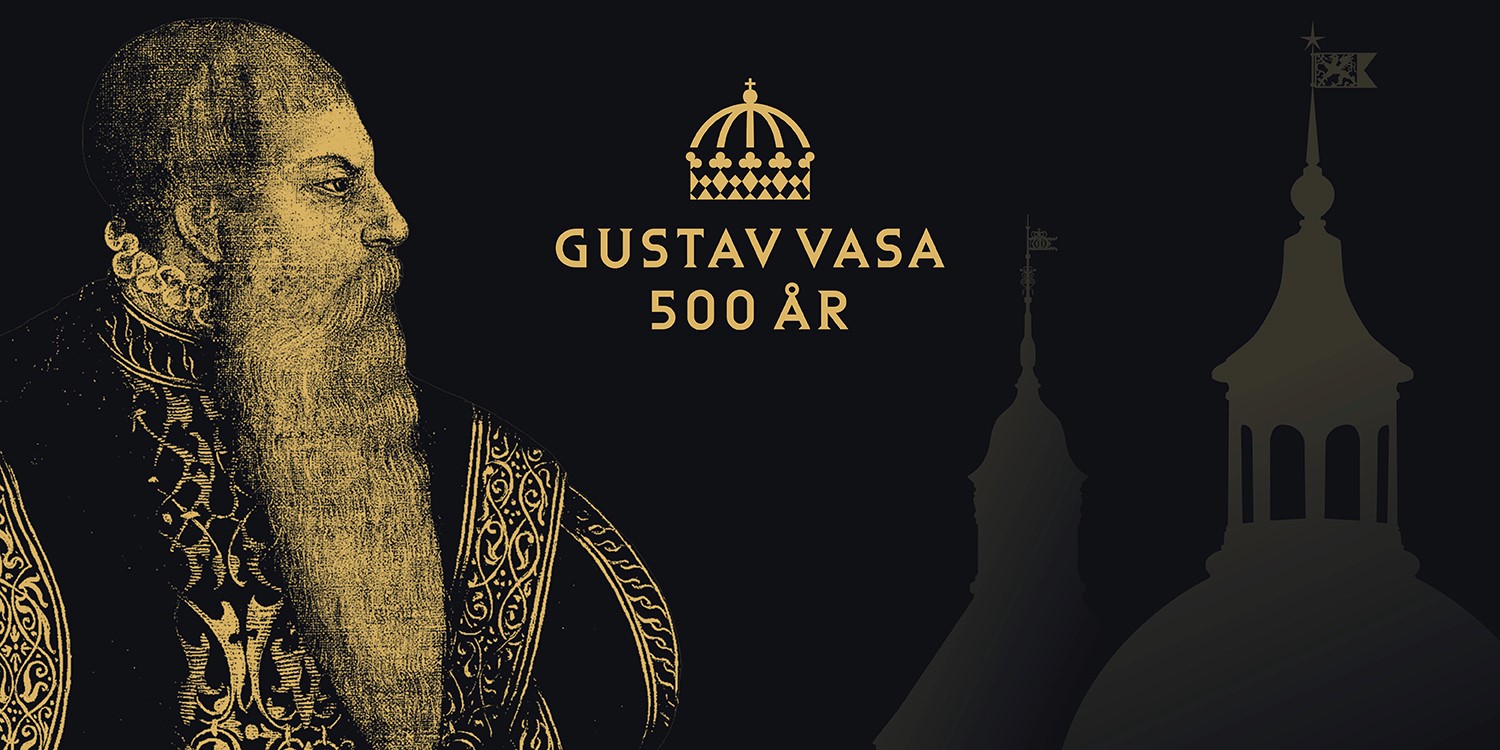 At Gripsholm – King Gustav Vasa's castle, featuring Sweden's best preserved settings from his time – the Vasa jubilee will be celebrated in 2023 with talks, a series of concerts, themed tours and much more.

2023 is a double jubilee year for Sweden. The year marks both HM The King's 50th jubilee and the 500th anniversary of Gustav Vasa's election as king of Sweden at the parliamentary session in Strängnäs on 6 June 1523 – a decisive moment for Sweden's development as a nation.

Five hundred years after the royal election in Strängnäs, the spotlight will be on Gripsholm as a national monument and the Swedish castle that is most closely associated with King Gustav Vasa. The man and his life will be revealed and discussed from every angle during 2023.

There will be Vasa-themed events at Gripsholm Castle including concerts, tours, children's activities and park walks, focusing on the castle itself, its defence, politics and Gustav Vasa's family.

The year of Vasa events begins with talks in April, season opening with Vasa tours from May onwards, a jubilee-themed series of concerts during the summer, and a series of talks in the autumn. Vasa-themed activities will also take place during the Easter and autumn holidays.

There will be extra celebrations during the weeks around Sweden's National Day, 6 June!

Lunch talks in April (in Swedish)
Easter holiday theme: Vasa for children (in Swedish)
Season opening with Vasa tours from May onwards (the tours are in Swedish, but can be prebooked for groups in English and German. The castle is open for stroll round)
Daily children's activities from May onwards, Vasa image hunt (also in English)
Jubilee-themed series of concerts from June onwards
Vasa tours for children from 6 June onwards (in Swedish)
Vasa weeks around 6 June, including children's Vasaloppet race, Vasa walks in the castle park and dramatised tours
Gripsholm Castle's birthday on 10 August and Mariefred Day on 12 August, with special programme
Series of talks about Vasa in autumn 2023, featuring expert speakers (in Swedish)
Autumn holiday theme: Vasa for children (in Swedish)

Tickets for these programme events will be released on 1 March 2023.

Read more about Gustav Vasa in the list of Swedish monarchs

At Gripsholm – King Gustav Vasa's castle, featuring Sweden's best preserved settings from his time – the Vasa jubilee will be celebrated ...