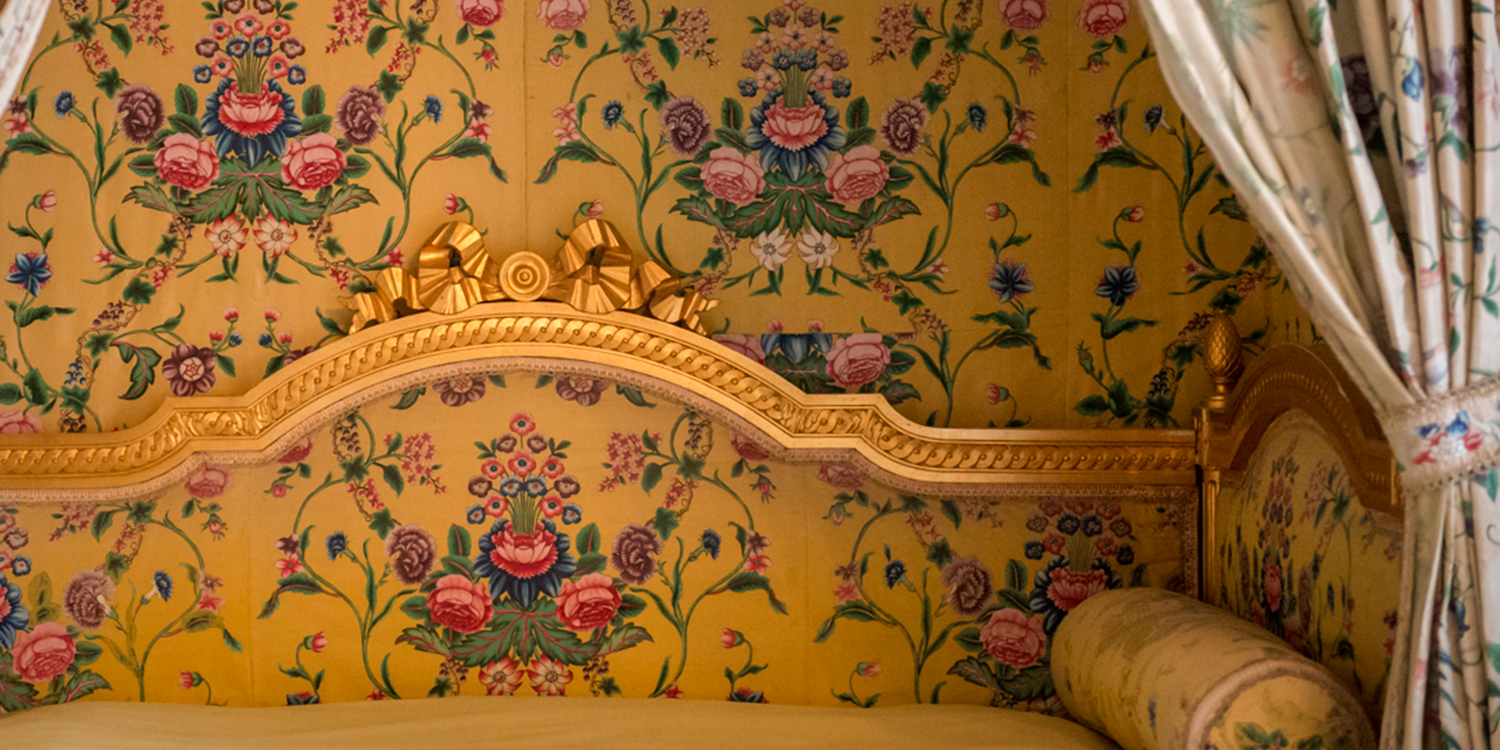 A room fit for a princess

The rooms furnished by King Gustav III for his sister Princess Sofia Albertina at Gripsholm Castle are some of the castle's most beautiful rooms.

Sofia was important to Gustav. She was sociable and outgoing, and shared his love of the theatre. She often accompanied her brother when the court moved between the royal palaces.

At Gripsholm Castle, Princess Sofia Albertina's apartment was next to the king's own quarters. It is small, but extremely elegant. The bedroom has a graceful chandelier, painted Chinese silk wallpaper and a comfortable bed made by Jean Baptiste Masreliez.

The desk in Sofia Albertina's bedchamber was made by Jonas Hultsten in around 1780. It features a floral pattern and is veneered in jacaranda, amaranth, boxwood, hornbeam and maple on a pine core. The drawers are made of alder, as was common during this period. The desktop is made of marble from Kolmården.

The beautiful gilded armchair in the princess's bedchamber is signed EL, probably Eric Levin, a chairmaker working in Stockholm in the 1780s. These gilded birch chairs still have their original stuffing. They were reupholstered in fabric to match the walls in around 1892. The same model of chair can also be seen in the Pillared Hall at the Royal Palace.

The small proportions of the rooms, the slightly lower ceiling height and the tiled stoves probably made them some of the more pleasant, habitable rooms in the castle. Carpets were expensive, and were not in everyday use at the time. Animal pelts and fabrics were probably used on the floor during the winter, but these are not included in the castle's inventory.

King Gustav III had an interest in history and was particularly fond of Gripsholm. The royal court celebrated Christmas here for many years, despite the fact that the castle was almost impossible to heat during the winter. 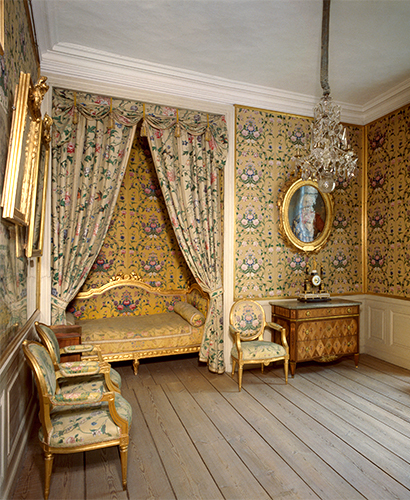 King Gustav III had rooms next to his own apartment furnished for his beloved sister Sofia Albertina. Photo: Håkan Lind/royalpalaces.se 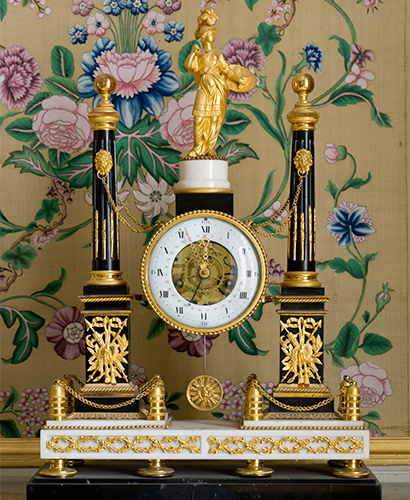 Sofia Albertina's bedchamber is among the most beautiful rooms at Gripsholm. An Empire style table clock which once belonged to King Karl XIII now stands on the desk in the bedchamber. Photo: Alexis Daflos/Royalpalaces.se 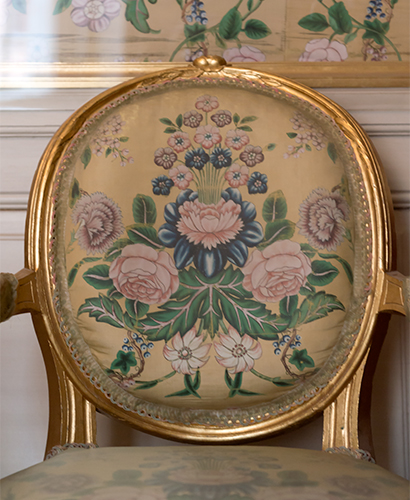 The gilded birch chairs with their original stuffing were made in around 1780. Photo: Kate Gabor/Royalpalaces.se

See rooms at Gripsholm in 360°

FIND OUT MORE ABOUT THE HISTORY OF STYLES AT THE PALACES

Take a tour through the Vasa castle’s winding corridors, historic chambers and rooms. You can walk around Gripsholm Castle yourself, but ...

See the programme for this summer's Music at Gripsholm series of concerts. Discover classical music, opera and choral works as leading mu...

The model of the 2021 Portrait of Honour is Carl Bildt, a politician and former prime minister of Sweden. The portrait has been painted b...