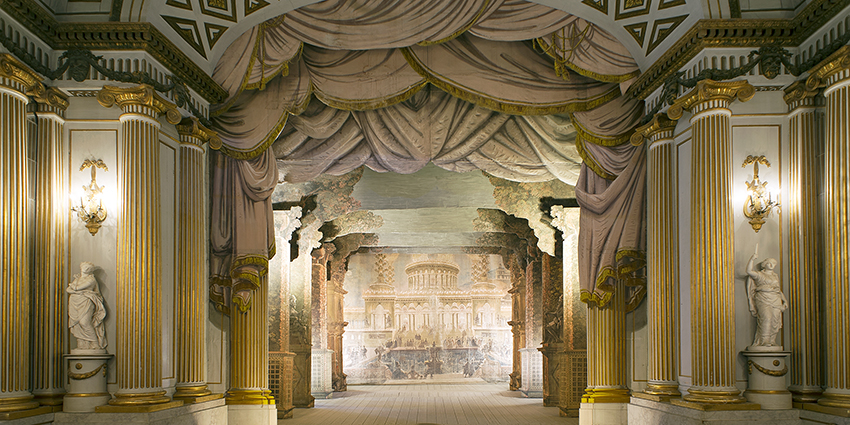 It says a lot about King Gustav III's interest in the theatre and its personal importance for him that he deemed it necessary to have a fully equipped palace theatre for the relatively short stays he and his court spent at Gripsholm.

Experience one of Sweden’s grandest baroque theatre in 360°.

A masterpiece is created

In 1781, Erik Palmstedt was commissioned by King Gustav III to build a large theatre. By building an extension onto the existing tower space, Palmstedt succeeded in building a stage that was fully equipped and functional to meet the needs of the time.

He also created an auditorium that became a masterpiece in Neoclassical interior design, and which is characterised by its combination of intimate atmosphere and monumental form.

Boxes for royalty and servants

Above the stepped rows of benches is the royal box, which in turn is topped with boxes for attendants and foreign envoys. The bottom row of the coffered ceiling has lorgnettes – openings through which servants could see the stage.

To the sides of the stage are plaster sculptures by Johan Tobias Sergel depicting Thalia and Melpomene, who represent comedy and tragedy. 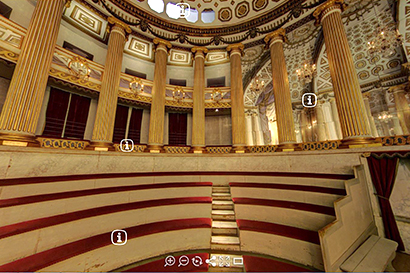 Experience the theatre in 360°. Click on the image to start the virtual tour. 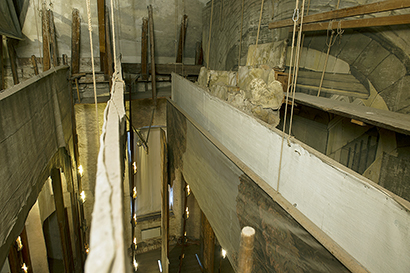 The wings, behind the stage. Photo: Alexis Daflos/The Royal Court 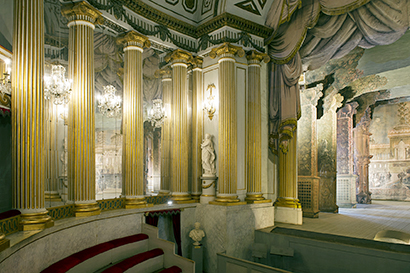 The left side of the auditorium and the stage. Johan Tobias Sergel's statue of Thalia stands on the plinth. Photo: Alexis Daflos/The Royal Court