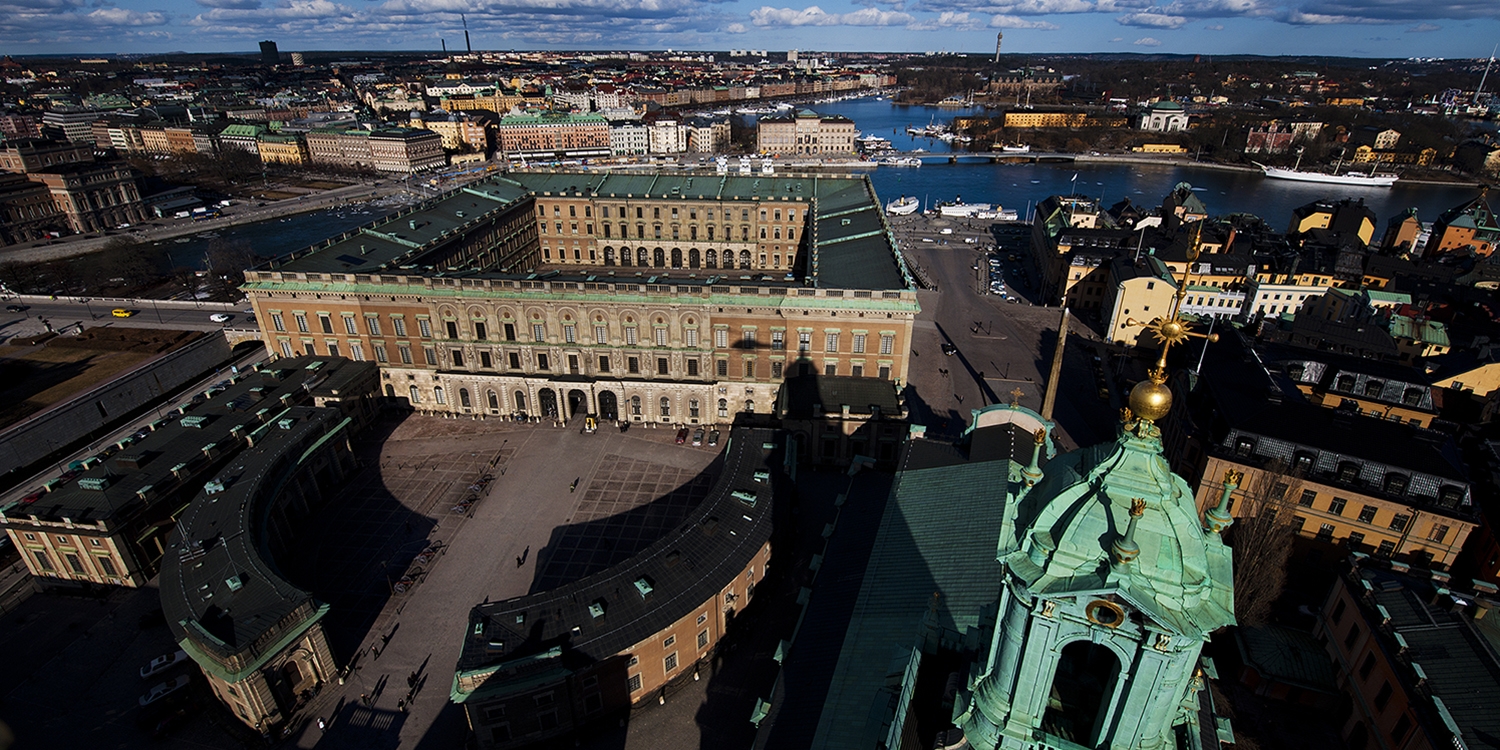 Why is the palace so big?

The enormous size of the Royal Palace of Stockholm has always attracted interest, and has sometimes led to debate about how the building is used. But why is the palace so big, and what was originally intended to be housed there?

Even before the palace fire of 1697, extensive planning and preparations had already been carried out for the construction of a new palace under the direction of Stockholm's city architect, Nicodemus Tessin the Younger. At that time, Sweden was still a great power and Stockholm was a city of European proportions.

A building with several functions

In the cities of the European monarchies, the architecture was used to emphasise the sovereignty and strength of the nation. The role of the prince as head of state was manifested in the castles and palaces built for him and his family. Their size and expression should signal not only power but also intellectual strength, in order to legitimise the role of the prince and the royal house in society.

These various objectives were depicted in slightly different ways around Europe. In the largest cities of London and Paris, as well as in the cities that were similar in size to Stockholm or smaller, palaces were built to meet the needs of the prince (in other words, the head of state) for a residence and the needs of the state for one or more buildings to house its central administration.

A focal point for the nation

Tessin's plan for the city, which was partly realised, was based around a large, dominant palace building. This would house both the residences of the king and the royal family and the entire central state administration.

In addition to premises for the Riksdag of the Estates and the Council of the Realm (the parliament and government of the time), a number of central authorities were also based here, including the National Archives, the National Library and the Supreme Court.

Today, we can only speculate about why Tessin wanted everything in one building. Like architects throughout the years, he was influenced by economic, aesthetic and topographical conditions. Whatever his reasoning, King Karl XII's regency – under the direction of Queen Dowager Hedvig Eleonora – approved Tessin's plans and a lengthy period of construction began.

Over time, the authorities that were once based at the palace moved to other buildings as their needs changed in line with social developments. Alongside this, the palace has retained its function as a residence for the head of state, but has also become a kind of historic monument to which visitors have a high degree of access.

Visitors to the palace can now experience a building that depicts Sweden's history from a broad and multifaceted perspective. They can find out not only about the lives of Sweden's kings and their families, but also about how Sweden has been governed, administered and developed in modern times. 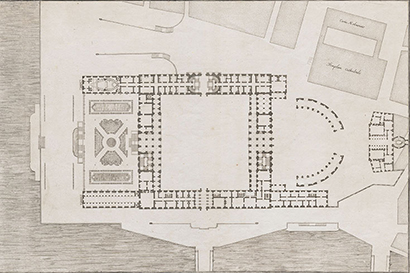 The Royal Palace of Stockholm, plan for the new palace. Architect Nicodemus Tessin the Younger, copperplate engraving by Claude Haton circa 1708-1712. Photo: The Palace Architect's Office/The Royal Court of Sweden 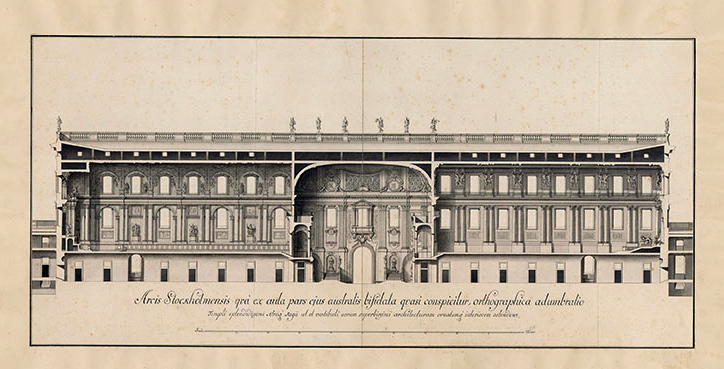 Cross-section of the south wing towards the south – the Royal Chapel, the South Gate and the Hall of State. Tessin's later engraved plans for the palace were produced between 1697 and 1704. Photo: The Palace Architect's Office/The Royal Court of Sweden 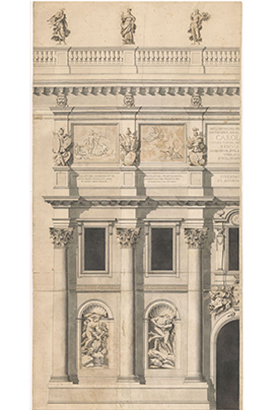 The Royal Palace of Stockholm. Detail drawing of the south façade with sculptural ornamentation. Photo: The Palace Architect's Office/The Royal Court of Sweden 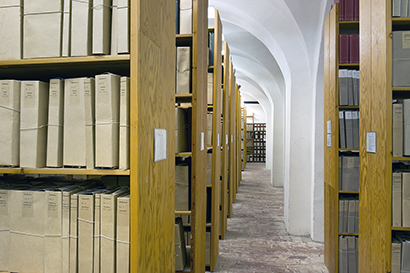 The Palace Archives are housed at the Royal Palace of Stockholm and run by the National Archives. Photo: Alexis Daflos/royalpalaces.se 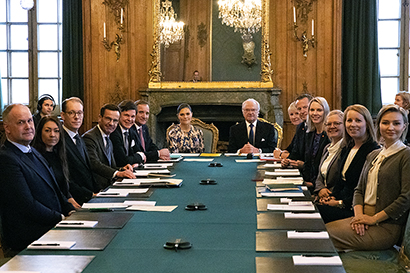 The King and The Crown Princess at an Advisory Council on Foreign Affairs at the Royal Palace of Stockholm. Today, the palace is a combination of a royal residence, a workplace and a historic monument, and is open to visitors all year round. Photo: Sara Friberg/The Royal Court of Sweden

History
1865: The National Archives leave the Royal Palace of Stockholm for new premises at the Stenbock Palace. The documents relating to the palace itself remain on site, and are still kept at the palace: the Palace Archives.

1877: The National Library of Sweden moves out of what is now the Bernadotte Library.

1949: The Supreme Court leaves the Royal Palace of Stockholm for the Bonde Palace.

The rulings of the Supreme Administrative Court were read out at the palace until 1974, as until the 1974 Instrument of Government these rulings were made in the name of The King.

The major exhibition at the Royal Palace of Stockholm, gives visitors the opportunity to wander through the woven world of Märta Måås-Fje...

Autumn 2020 will see the opening of an exhibition about the dynamic and popular Crown Princess Margareta, who changed perceptions of the ...

Come on a virtual tour of the previous exhibition The Lilian Look, and see clothing fit for a princess up close. Click on the image above...

The Thinking Hand is an annual scholarship competition for young draftsmen. The nominated entries are exhibited in the beautiful stone ...