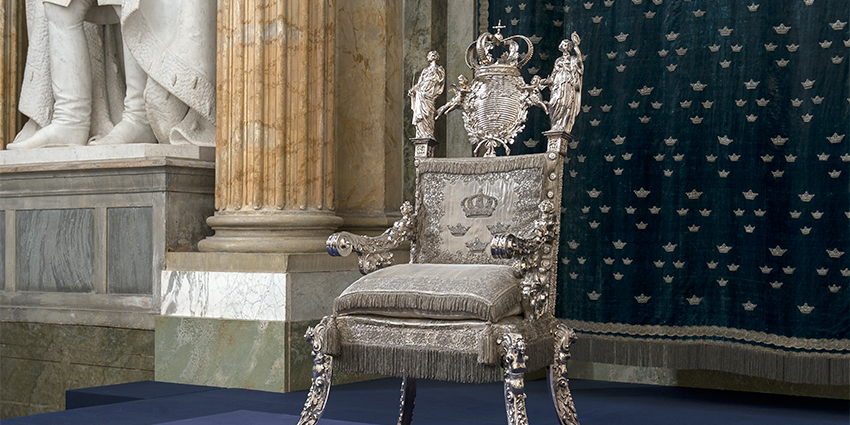 The Hall of State at the Royal Palace of Stockholm is home to one of the most poignant objects in Swedish history: Queen Kristina's silver throne.

It was made by a goldsmith in Augsburg. It has wooden framework and is completely covered in silver. Personifications of justice (Justitia) and wisdom (Prudentia) stand atop the high back support. Two angels hold a crowned laurel wreath between them. But how did the throne come to be made from silver? Why not gold, as was the case with so many other pieces during this period of great splendour?

"Were it in my power to marry, I would willingly do so… But I say this explicitly, that it is impossible for me to marry. Such is the nature of the matter. I cannot give my reasons, but my heart is not in it. I have prayed diligently to God, but in vain."

In the Christian tradition, the colour white symbolises innocence, purity and perfection, and during the Renaissance the royal houses of Europe began to wear white wedding clothes. Silver was used in the attire worn during coronations, with the same symbolic significance. Queen Kristina was, perhaps, the most intellectual monarch Sweden has ever had. She spoke Latin, French, German, Dutch, Greek, Italian and Spanish, and surrounded herself with intellectuals.

In 1649, the year before her coronation, she made it clear that she never intended to marry. Kristina had probably decided to convert to Catholicism and to abdicate even before taking her place on the silver throne at her coronation in 1650. She left Sweden in 1654.

The Royal Palace of Stockholm is open all year round. 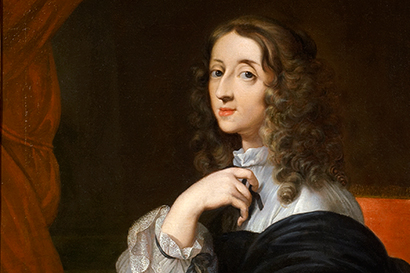 Queen Kristina was, perhaps, the most intellectual monarch Sweden has ever had. Photo: The Royal Court 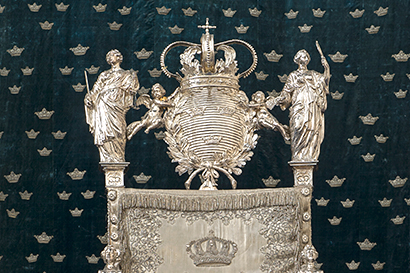 Personifications of justice (Justitia) and wisdom (Prudentia) stand atop the high back support. Photo: The Royal Court

The Thinking Hand is an annual scholarship competition for young draftsmen. The nominated entries will this year be exhibited at Royalp...

The "Look at the rugs – find me" exhibition reopens on 1 July. The major exhibition at the Royal Palace gives visitors the opportunity to...

An anniversary concert will take place at the Royal Palace to mark the 250th anniversary of Beethoven's birth. Pianist Roland Pöntinen wi...

Animal Safari at the Royal Palace

Wild animals are hiding in the large rooms of the palace. On the walls, on the ceilings, on objects and on furniture. Some are large, and...

An audio guide, available via your smartphióne, has been created for the Bernadotte Apartments – the rooms at the Royal Palace named afte...

Four of the royal palaces will reopen on 1 July – Gripsholm Castle, Drottningholm Palace, the Chinese Pavilion and the Royal Palace, incl...